THE PENTAGON – Colonel Paul M. Nakasone, U.S. Army, was promoted to the rank of brigadier general in a ceremony in the Hall of Heroes, Pentagon, on January 27, 2012, becoming only the 45th Japanese-American military officer to attain flag rank. General Nakasone currently serves on the Joint Staff as the Deputy Director for Trans-Regional Policy, Directorate of Strategic Plans and Policy. 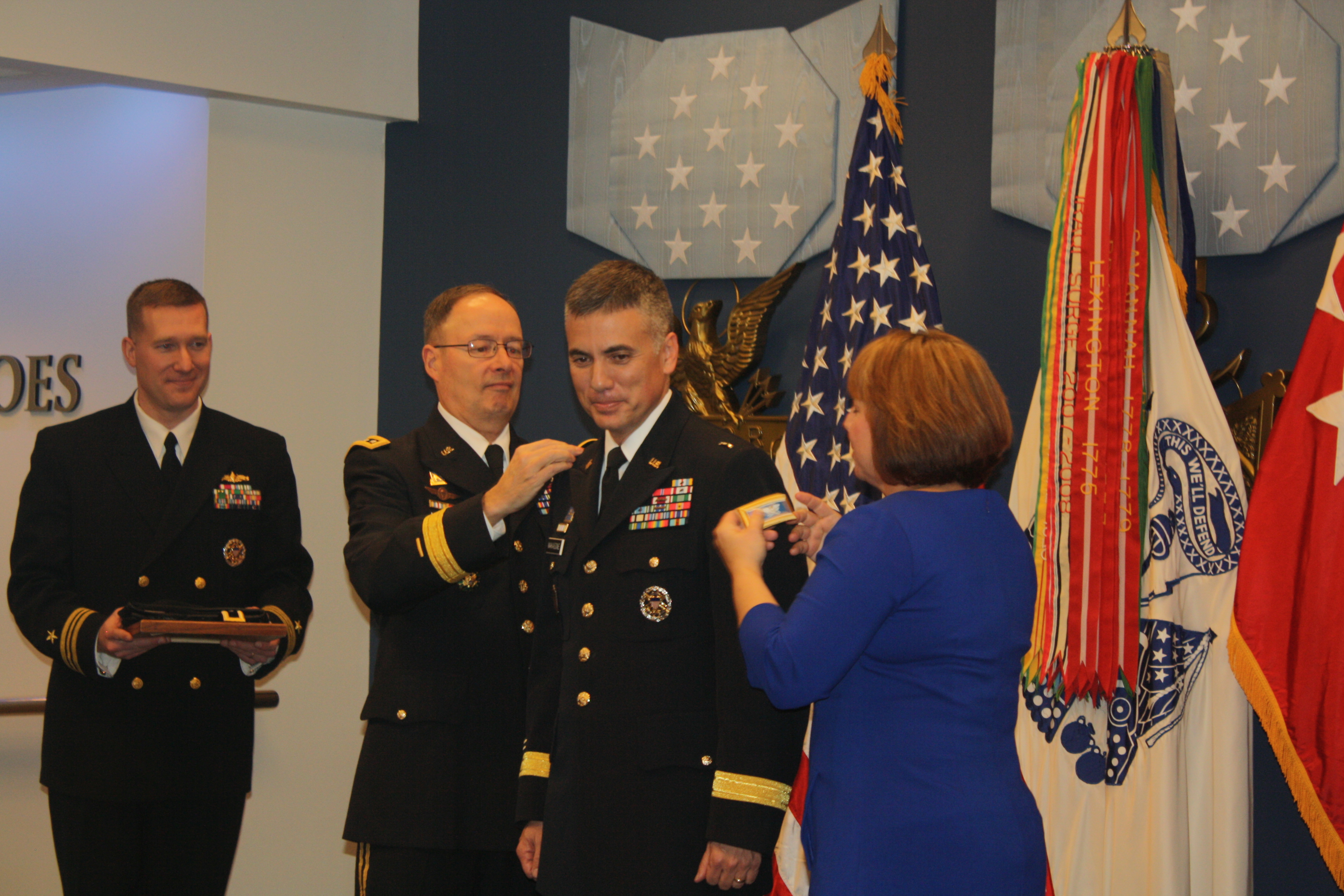 Pinning the star on BG Paul Nakasone (3rd from left) by GEN Keith B. Alexander (L), and Mrs. Nakasone (R)

General Keith B. Alexander, Commander of U.S. Cyber Command and Director, National Security Agency / Chief, Central Security Service administered the oath of office to General Nakasone in a crowded room filled with his family, friends and colleagues. In his remarks, General Alexander thanked the Nakasone family stating, "One of the things that makes our nation great are people like Paul and the sacrifices his family makes for the good of the nation." He also praised the long tradition of military service in the Nakasone family, which includes General Nakasone’s father, Edwin, who was born in Wahiawa, Hawaii, and served in the Military Intelligence Service during World War II, retiring as a colonel in the U.S. Army Reserves.

As part of the ceremony, General Nakasone’s wife and four children assisted General Alexander in pinning on the brigadier general stars. Afterward, the newly promoted general offered special thanks to his family, fellow workers, and friends, many of whom traveled from as far away as Minnesota and Hawaii to share in this momentous occasion.

General Nakasone, 47, was born in St. Paul, Minnesota. He attended St. John’s University in Collegeville, Minnesota, and received his commission through the Army ROTC program in 1986.
General Nakasone holds graduate degrees from the University of Southern California, Defense Intelligence College, and U.S. Army War College. Prior to assuming his current duties, he served as Executive Assistant to General Alexander at U.S. Cyber Command and the National Security Agency. General Nakasone also served in Baghdad, Iraq from 2005-2006 as a strategic planner for the Multi-National Force in Iraq.