“Although the economy is still slowly recovering, things are apt to be much better in four years. So, this is time for this year’s high school grads to prepare for that brighter future.” That was the message that Dr. Ray Murakami, chair of the JAVA Memorial Scholarship Program, provided as he announced the start of this year’s competition for eight $1,500 awards.

Noting the high cost of a college education, Dr. Murakami observed that even though the JAVA’s awards could obviously meet only a small part of costs entailed, they serve as a measure of excellence and offer deserved recognition. He urged all eligible 2012 high school graduates to apply.

As in the past, the scholarships represent memorials to loved ones that their families have chosen to remember in this special way. In 2012, the scholarships will honor Orville Shirey, who was the intelligence officer and historian with the 442nd RCT, and, separately, COL Phil Sunao Ishio, USAR and Douglas Ishio, father and son. The senior Ishio, a Military Intelligence Service veteran, was the founding president of JAVA. A prominent benefactor of JAVA, Kiyoko Tsuboi Taubkin, will again be remembered. Similarly honored are Grant Hirabayashi and Joseph Ichiuji, and, for the first time this year, Mike and Etsu Masaoka, jointly, as well as Dr. Warren Tsuneishi.

Basically, the same program rules that applied last year will govern the 2012 competition. To be eligible, the entrant must be a graduating high school student, and he or she must be related lineally to a person who served in the 100th Battalion, 442nd Regimental Combat Tean; the MIS; or, a Japanese American who has or is serving in our nation’s armed services. Those similarly related to a member of JAVA are also eligible to apply. Owing to the eligibility rules, in the past, most applicants have been grandchildren of qualified Japanese American veterans. Over-all, as the rules limit the pool of applicants, it increases the chances for receiving one of the scholarships. 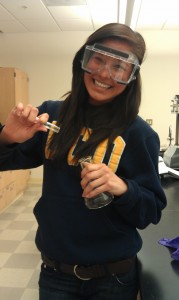 One of those grandchildren was Christine Larson, who is now a student at the University of California, Davis. A 2010 scholarship winner, in reflecting back on her scholarship entry, observed that “While writing my application essay, I found a new respect for my grandfather and how he has made such a large impact on shaping the young woman I am today. This scholarship was not simply another way to earn money for college but for me to appreciate how influential my grandfather is.” Christine’s grandfather is James Suzuki, Post Commander of the Veterans of Foreign Wars Monterey Peninsula Nisei Memorial Post 1629.

The competition is now open and eligible applicants are urged to submit their entries as soon as they are able to meet the criteria. One of those is that the application must be accompanied by documentation showing that the entrant has been admitted to an accredited college, university, or some other institution that provides post-high school education or training in 2012.

Since the Program has attracted students from a diversity of schools and locations, including one who had been home-schooled, Dr. Murakami pointed out that comparing the records of the applicants has not been easy. For that reason, and in order to enable the Awards Committee to differentiate between very competitive applications, each entrant is asked to submit an essay of 500 words or less on the subject: “What winning a JAVA scholarship award will mean to me.”

The deadline for the receipt of completed applications is May 1, 2012. This date permits those students who are awaiting admission information from institutions that provide notification as late as April l5, to include such documented advice with their entries. Any applicant who has been admitted to more than one institution and is uncertain about his or her final choice, should provide the admission information already received, and agree to furnish information about the school selected as soon as a decision has been made.

Complete details about the Program and the terms and conditions of the contest can be found in materials that will be appearing on the JAVA website – webadmin@javadc.org, the JAVA “round robin”, and its quarterly newsletter, The Advocate. The official application form should be downloaded from the website.