Silver Spring, Maryland.  Colonel Sunao (Phil) Ishio, USAR (Ret), Washington, DC Nisei leader for 50 years and founder of the Japanese American Veterans Association (JAVA) in 1992, passed away peacefully in his sleep at home on May 23, 2009.   He was the hands-on leader for JAVA until 2003 when the leadership mantle was passed to the post-World War II generation.  From his position as a member of the Board of Directors, Ishio provided the vision for JAVA’s  transition from a regional organization to a dynamic and highly respected national  player in the veterans field.  Bob Nakamoto, JAVA President, said “He is one person whose loss will be sorely missed.  Phil’s remarks were always insightful and inspirational.  I will miss my frequent telephone chats with him.” 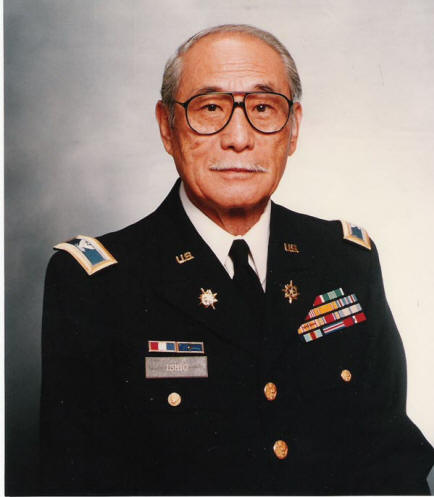 Ishio was born in Berkeley, California and raised in Salt Lake City, Utah.  After one year at the University of Utah, his family sent him to Tokyo in 1939 to enroll in the economics department of  Waseda University.  When the US Embassy warned him of deteriorating US-Japan relations, Ishio decided to return to the States.

He was drafted into the Army in 1941, then volunteered for the Army Military Intelligence Service, received intensive Japanese language training at Camp Savage, Minnesota, and was shipped to Australia in September 1942 .  He volunteered for the Papua campaign as well as the Buna campaign of which he probably was the last surviving Nisei veteran.  Allied victory at Buna denied Imperial Japanese forces the staging area needed to invade Australia.  In the Leyte campaign with the 6th Army, enemy fighters strafed the vessel on which the Nisei linguists were riding, seriously wounding two of them.

Following Ishio’s discharge from the Army in 1947, he obtained his bachelor and master’s degrees from Georgetown University.  Upon graduation, he joined the Central Intelligence Agency, participated in the military reserve program, and served at various overseas locations including Japan and South Vietnam.  Following his retirement from the CIA in 1973, he was employed by the Food and Drug Administration for 17 years.

Ishio served a two-year term as Secretary and then on the Board of Directors of the National Japanese American Memorial Foundation which constructed the Nisei Memorial to Patriotism, located near the US Capitol Building. He was active in other veterans, church and civic groups.

He is survived by his wife, Constance Ishio, daughters Julie Tsuchiya Sloneker (Mark) and Hollis Molden (Jim) and grandson Dr. Jaime Molden.  A son, Douglas, died in 2005.  Mrs. Ishio requested that, in lieu of flowers, memorial contributions may be made to the First Baptist Church of Wheaton or the Japanese American Veterans Association, 7201 White House Drive, Springfield, VA 22153.  On the memo line please mark:  Ishio Scholarship Fund.