Washington, DC. The Armed Forces offers many dynamic leadership opportunities for those who want to make a positive impact in our country and abroad. The backgrounds, career paths, and individual motivations of William Koyama, Dora Umeyo Lockwood, Cynthia Izuno Macri, Ann Minami, and Edward Takesuye, all captains in the U.S. Navy, showcase the great variety of naval service. Their successes also demonstrate just how far the Japanese American community has come since World War II, when Japanese Americans were forbidden from serving in the Navy. 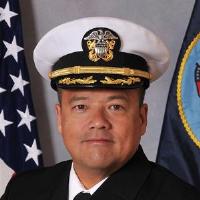 Capt. William Koyama, born in St. Cloud, Minn., and raised in Oregon, was a NASA spacecraft engineer who wanted to be a naval officer. Koyama said he changed careers to “push the envelope, even if failure was possible, rather than remain in a safe zone.” A graduate of Rensselaer Polytechnic Institute, he commissioned in the Navy through the Aviation Officers’ Candidate School. Koyama flew the FA-18 C and E variant jet aircrafts in combat in both Operations Enduring Freedom and Iraqi Freedom, commanded two Squadrons, and volunteered to serve in Iraq. Koyama currently serves as the Deputy Air Wing Commander for Carrier Air Wing Five in Atsugi, Japan.

“My most memorable experience was making a difference in the lives of junior personnel. My mantra is people, professionalism, mission,” said Koyama. 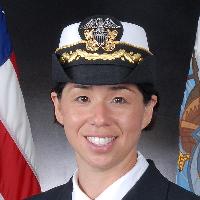 Capt. Dora Lockwood, born in Corydon, Ind., was inspired to join the Navy by her father, a Navy veteran and merchant mariner. A graduate of the U.S. Naval Academy, she served as the public affairs officer for Navy Region Southwest, U.S. Third Fleet, and Fleet Forces Command. Her most rewarding assignment was when she served as the public affairs officer for the USS Nimitz Carrier Strike Group during Operations Enduring Freedom and Iraqi Freedom. She currently serves as the director for public affairs at the Navy’s Bureau of Medicine and Surgery in Falls Church, Va.

“Serving along with people from diverse cultures and backgrounds has been one of the most fulfilling aspects of my career,” said Lockwood. 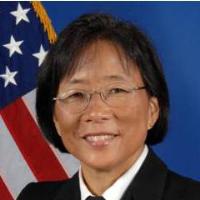 Capt. Cynthia Macri was born in Minnesota and grew up in Hilo, Hawaii, Cairo (Egypt), Lahore and Islamabad (Pakistan) and Mexico City. She was commissioned as a naval officer and enrolled in medical school at Temple University on the Navy’s Health Professions Scholarship. Macri is a trailblazer, entering general surgery in obstetrics and gynecology and gynecologic oncology when there were few women in this field. She currently serves as the special assistant for diversity to the Chief of Naval Operations in Washington, D.C., where she directs innovative change in diversity initiatives and inspires high school students to pursue careers in science, technology, engineering and mathematics. Her greatest inspiration comes from her daughter. Through her daughter’s eyes, Macri realized that a parent’s legacy is to be someone your child can be proud of.

“If it were not for the Navy, I would never have been able to go to medical school,” said Macri. “I owe everything to the Navy and I can never repay the opportunities I was afforded and the success I’ve achieved.” 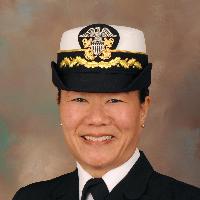 Capt. Ann Minami, a Nisei attorney from Seattle, Wash., was drawn to the Navy Judge Advocate General’s Corps because of its unique opportunities and out of a sense of service to the country that welcomed her immigrant parents. A graduate of Northeastern University School of Law, Minami’s career highlights include two tours at sea on aircraft carriers and a tour in Iraq, where she routinely consulted with the Chief Justice of Iraq on a myriad of legal issues, including constitutional challenges during the historic 2010 national elections. She currently serves as the Commanding Officer of Region Legal Service Office, Northwest in Bremerton, Wash.

“As a lawyer in the Navy, I have served as defense counsel, instructor, detailer, and as staff judge advocate to commands both ashore and at sea. These opportunities were filled with life adventures I never would have imagined would be part of an already exciting naval career,” said Minami. 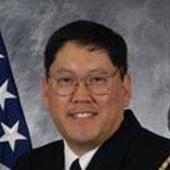 Capt. Edward Takesuye, a Sansei from Scottsdale, Ariz., was inspired to join the Navy by his uncle’s service in the Air Force. A graduate of the U.S. Naval Academy, Takesuye served on multiple submarines and operational staffs during his career. He commanded Submarine Squadron Three, managing six submarines, and served on the Chief of Naval Operations Strategic Studies Group. Takesuye currently serves as the Chief of Staff for the USS George Washington Strike Group, based in Yokosuka, Japan. His most memorable experience was when he commanded USS San Juan (SSN 751) as his crew launched Tomahawk missiles from his submarine while supporting Operation Iraqi Freedom.

“Throughout my thirty years in the Navy, it has truly been a privilege and honor to stand alongside the many patriot Americans who have chosen to dedicate their lives to the service of our country”, said Takesuye.

Senator Mazie K. Hirono (D-Hawaii), a member of the Senate Committee on Armed Services and the first Asian American woman to serve in the U.S. Senate remarked, “As the headquarters of the U.S. Pacific Fleet and home to over 30,000 Navy Department personnel, Hawaii understands the importance of a strong Navy. We also know that the power of our forces is not based solely on the superiority of our ships and weapons, but the competence and bravery of the men and women serving our country. I commend the Navy for its efforts to attract, recruit and retain personnel who bring diverse backgrounds and experiences to the table. I am confident leaders like Captains Koyama, Lockwood, Macri, Minami and Takesuye will strengthen our national security and make the Japanese American community and our broader nation proud.”