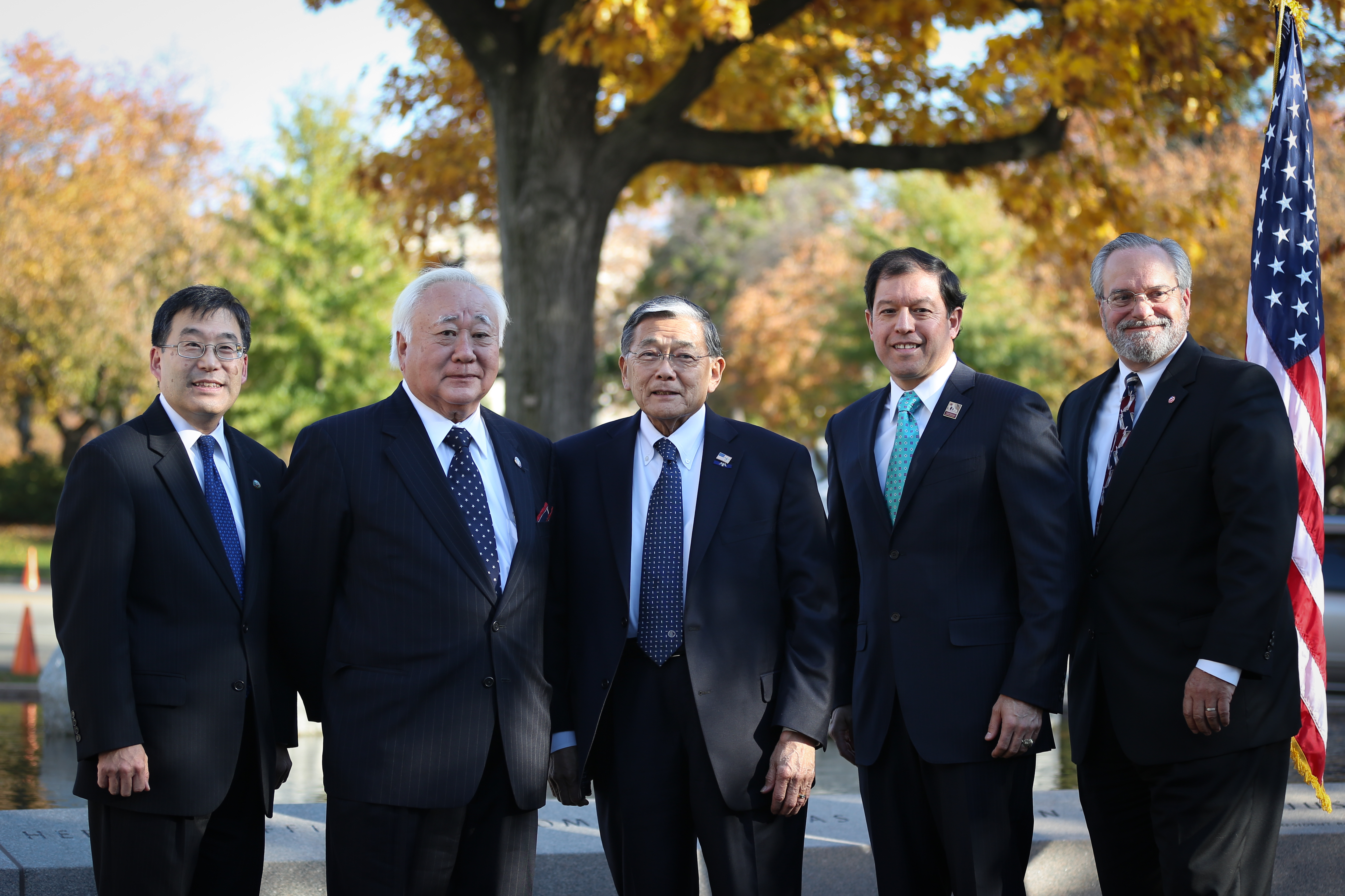 JAVA President Gerald Yamada, NJAMF Board Chairman Daniel Matthews, and PPALM Executive Director Lieutenant Colonel Michael Yaguchi, USAF (Ret.) each shared a few thoughts with the audience before the keynote address was delivered by Michael Cardarelli, Principal Deputy Under Secretary for Benefits of the Department of Veterans Affairs (DVA). Mr. Carderelli, who is a retired Army colonel, paid homage to the “giants” who served so heroically in previous conflicts, and honored the exceptional service of those serving today. He related what a privilege he has in being able to serve our veterans in his leadership role with DVA. “I am humbled to get to care for the legacy giants of our profession of arms … and I am so honored to be in a position to make good on our obligation to repay what truly cannot be repaid for their service to our nation and our community.”

The ceremony was closed by JAVA Executive Director Colonel Bruce Hollywood, USAF (Ret), who remarked that “Mr. Carderelli has an impressive resume, but what is even more impressive is his heart for veterans. We are fortunate to have leaders of passion and integrity caring for these members of our society who answered duties call.”

Earlier in the morning, JAVA helped prepare for and participated in Veterans Day events at the White House and Arlington National Cemetery as an Associate Member of the Veterans Day National Committee (VDNC). JAVA was represented at the White House Veterans Day Breakfast, held in the East Room, by Executive Committee members Colonel Hollywood, and Lieutenant Colonel Kay Wakatake, US Army, who joined other members of VDNC and invited guests. After breakfast, they met with President and Mrs. Barack Obama and with Vice President and Mrs. Joseph Biden. Colonel Wakatake commented on the experience, “It was incredible. What an honor to meet with the leaders of our great Nation on Veterans Day.”

The midday ceremony at Arlington National Cemetery, sponsored by DVA, was a major event for the nation as well as JAVA. Commanders of Veterans Service Organizations (VSO), including JAVA President Gerald Yamada, witnessed President Obama lay the national wreath at the Tomb of the Unknown. Following that, VSO commanders moved to the Amphitheater, where (!) each commander was recognized by name over the public address system, (2) they viewed the parade of colors, including Lieutenant Colonel Allen Goshi, US Army, and Korean War Veteran Chosei Kuge carrying the flags of the United States and JAVA, respectively, and (3) President Obama addressed the nation and Americans abroad, saying, That’s what we do in America. We take care of our own. We take care of our veterans. We take care of your families. Not just by saluting you on one day once a year, but by fighting for you and your families every day of every year.”