Washington, DC. In an initiative proposed in 2013 by Gerald Yamada, President of the Japanese American Veterans Association (JAVA), the JAVA Executive Council approved a program to support selected organizations that provide assistance to American military veterans and their families. The first organization recognized with a donation from JAVA was Honor Flight, which arranges tours of military memorials in the Washington, DC, area for veterans across the nation. Honor Flight also had assisted some of the Nisei veterans to attend the Congressional Gold Medal presentation in Washington, DC in November 2011. 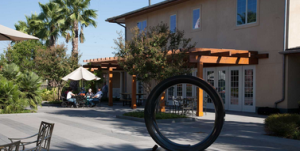 For 2014, JAVA’s Executive Council has decided to support the Fisher House organization. The Fisher House program was started in 1990. Currently, there are 64 donated Fisher Houses that are located on 23 military installations and 24 Veterans Administration Medical Centers. The houses are available without charge to families of currently serving military personnel and veterans that are hospitalized in a military or Veterans Administration hospital. Separate living quarters along with shared kitchens, dining areas, and living rooms, are provided free of cost.

Since 1990, the Fisher Houses has assisted approximately 220,000 families with 5.2 million days of lodging without charge. This effort has saved millions of dollars for the families of our hospitalized veterans and active duty military. The Fisher House organization is headquartered in Rockville, MD, and has the highest (Four Star) rating from the Charity Navigator that grades different charitable organizations. In its latest report, the Charity Navigator gave the Fisher House 69.62 out of 70 possible points. Very importantly, 94.7% of the monies the Fisher House raises go directly into programs supporting our veterans and military. Only 3.5 percent is spent on administrative costs and 1.7% on fund raising.

Wade Ishimoto, JAVA Vice-President, has had two personal dealings with the Fisher House in 2013. In one case, a close Vietnam veteran team mate of Ishimoto’s suffered a major heart attack on the island of Hawaii and had to be transported to Tripler Army Medical Center on Oahu, an area where the cost of a hotel would have been prohibitive. His family was provided with lodging without charge by the Fisher House, allowing them to be with him during his last days. In the other case, Wade’s niece who is an Air Force dependent was stricken by a severe form of leukemia that required her to be hospitalized at Walter Reed in Bethesda, MD, in a very serious condition. The Fisher House provided three months of lodging for her parents allowing them to be with her to comfort her and provide the support to overcome her illness. In great measure to the support her mother and father’s presence provided, Wade’s niece now on her way to recovery.