JAVA Announced Innovative Plan to give back to Military Community

Washington, DC – Gerald Yamada, President of the Japanese American Veterans Association (JAVA), announced their new initiative to give back to the military community at JAVA’s quarterly luncheon held on March 23, 2013. 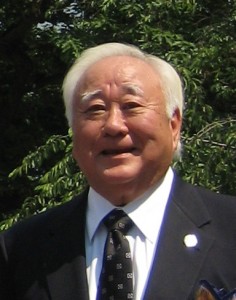 This nation has recognized the valor of the World War II Nisei soldiers in many ways. Their unmatched war record was cited as support for making Issei eligible for US citizenship, for the national apology for the unjust imprisonment of 120,000 persons of Japanese ancestry, for redress payments, and for the awarding of the Congressional Gold Medal. As a part of our education program, Yamada said, “JAVA is preserving this heroic legacy of putting country first, but JAVA can do more.”

He explained that “Japanese Americans have benefited from the wartime achievements of the Nisei soldiers and from their legacy. Similarly, America today benefits from the service of the men and women who serve to defend our country. As an extension of the legacy that JAVA is preserving, JAVA believes that it is important, not only to educate Americans about the achievements made by Nisei soldiers, but also to give back to today’s veterans for their service.”

Earlier this month, the JAVA Executive Council approved this new initiative. The plans are to use the October quarterly luncheon as a focal point to raise donations for a selected military charity that benefits veterans and their families. As part of JAVA’s Veteran Day Program in November, JAVA will present 100% of the donations to the selected charity.

The JAVA Executive Council is in the process of selecting the charity to receive JAVA’s donation this year. The selected charity will be announced at the June JAVA Quarterly Luncheon.

Yamada is optimistic saying that, “In the spirit of the World War II Nisei soldiers, who put country first to prove their loyalty, I hope JAVA members and friends will join in supporting this initiative to show that, as a part of our mission and the Nisei soldiers’ legacy, the Japanese American community can be generous and support our returning soldiers who have put country first to keep America safe.”