Four Tanamachi brothers served in US Army During WW II, including two in the 442nd

At 91, Willie is lone survivor 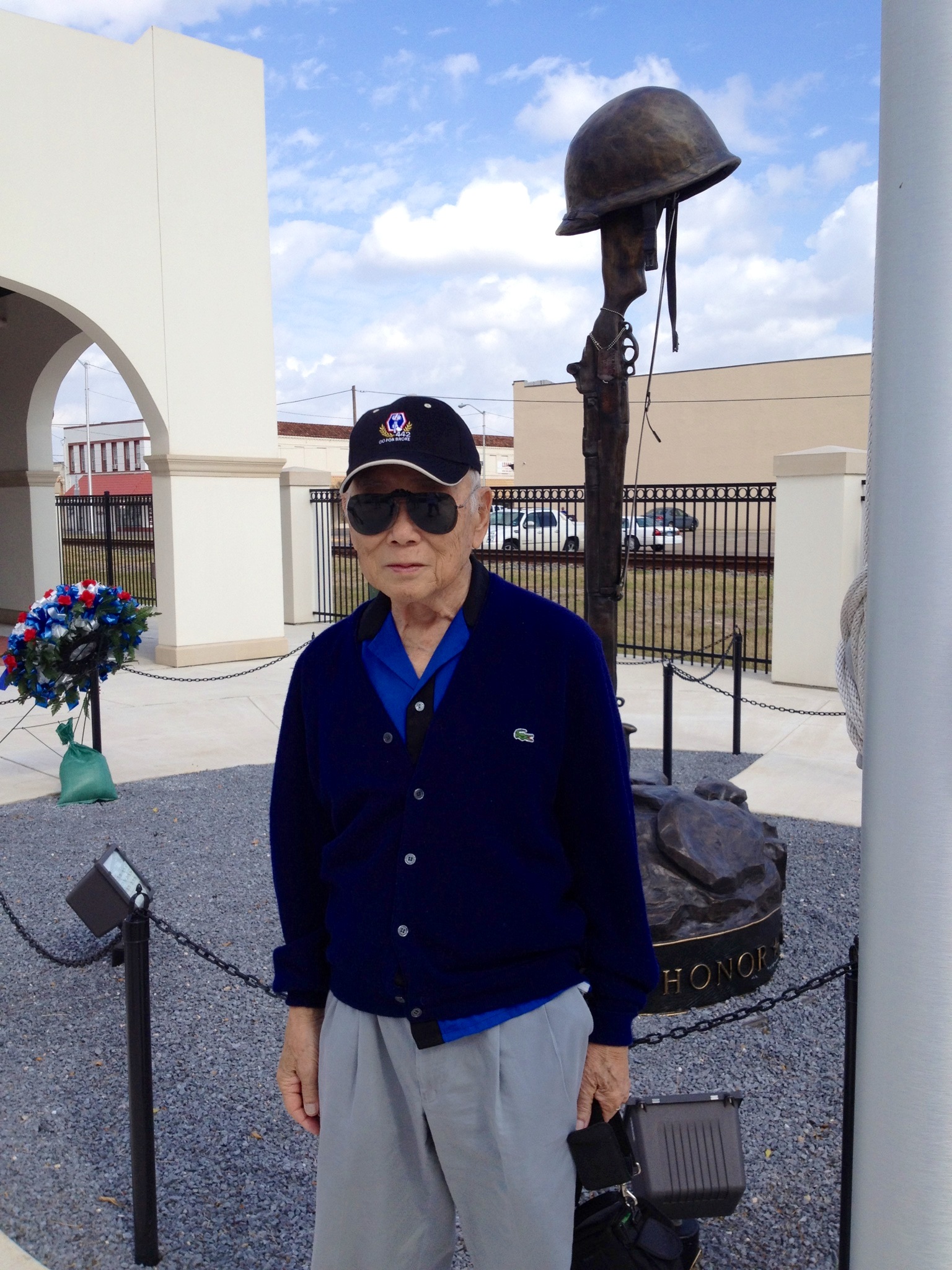 HOUSTON, TEXAS. “Never thought of myself as other than American. This was taught to me by my parents,” stated Willie R. Tanamachi, of Houston, Texas. Of six sons of Kumazo and Asao Hirayama Tanamachi, Willie and three brothers served in the United States Army during World War II. He was born on March 1, 1921, the day that his parents and family arrived in Texas. At the age of 19, he enlisted in the Army Air Corps and was the first of his brothers to do so. After December 1941, he was involuntarily reassigned from the Army Air Corps to other units of the Army. In the summer of 1944, as a sergeant with almost 4 years of military service, Willie was sent to Camp Shelby where he joined the 171st Infantry Battalion which trained replacements for the 442nd Regimental Combat Team. In June 1945, he was sent to France on board the Queen Mary for his assignment in Germany. During the Korean War, Willie was stationed in Germany, subsequently completed two tours of duty in Vietnam, and retired in 1971 after serving more than 30 years of military service.

Willie’s older brother, Saburo was born April 1, 1917 and was drafted in February 1944. When the 442nd RCT was activated he joined it as a member of Company E, 2nd Battalion. He was killed in action on October 29, 1944, during the rescue of the trapped Texas Battalion (“Lost Battalion”) in the vicinity of Biffontaine, located in northeastern France. He was awarded the Purple Heart and Silver Star. Saburo, squad leader, died in the arms of his best friend, George Joe Sakato. Assuming command of the squad, Sakato, armed with an enemy rifle and pistol, led the charge against the enemy to avenge the death of his buddy. His display of courage, over and beyond the call of duty, turned an impending defeat into victory. Sakato was awarded the Medal of Honor.

Another older brother, Goro, born May 27, 1919, enlisted in the Army Air Corp in 1940, was sent to aviation technical school, and graduated as an airplane mechanic. He was removed from duty after December 7, 1941. When the 442nd Regimental Combat Team was formed in February 1943, Goro was sent to Camp Shelby initially as a member of the training cadre and then deployed to Italy with the 442nd. On October 29, 1944, he was called to Biffontaine, to identify the body of his brother, Saburo. Goro earned four Bronze Star Medals and was discharged on August 4, 1945.

The youngest brother, Walter, who was born May 30, 1925, was assigned to the Port of Bremerhaven, Germany, around 1945. He was selected for Officer Candidate School and received his commission as a Second Lieutenant. Following his discharge he attended Texas A&M on the G.I. Bill and graduated in 1952.