Today, we lay an American hero to rest.

The first time I saw Tad Nagaki – oh, who could forget that day?

I was 12 years old, a child prisoner in the Japanese-held Weihsien concentration camp in China.

They were spilling from the belly of a low-flying B-24 bomber — six American heroes, dangling from silk parachutes, dropping into the fields beyond those concentration camp barrier walls. Separated from our parents, we children had been prisoners of the Japanese interned with 1,500 prisoners for almost three years, and now the Americans had come. America’s angels. Dropping from a wind-blown sky, they had come to liberate us.

I speak today for those 1,500 Allied prisoners. Tad Nagaki and that liberation team changed our lives forever. For many of us, there has never, ever, ever been another day like it. Is it any wonder that America calls them “the greatest generation”?

Weihsien went mad that day. Emaciated with hunger and delirious with joy, prisoners rushed the gates. We wept. We danced. We hugged. We punched at the sky. We pounded the ground with our fists. In waves of hysteria, men rushed through the gates past armed Japanese guards into the fields beyond the camp — a mad welcoming committee. We were free.

They were gorgeous, sun-bronzed, American gods with meat on their bones. They took over the concentration camp from the Japanese and started arranging for our evacuation.

Sgt. Tad Nagaki was an instant favorite with us children and teens in the camp. He was not just a super-star softball player. He made time for us. If you saw Sgt. Nagaki walking around the camp, you saw children trailing after him. We trailed him everywhere. When the Americans prisoners played the British, Tad was the short stop. Well, of course, back home in his Nebraska high school, Tad had starred in baseball, football, and track.

With his passing, Tad Nagaki is the last of the six Americans who liberated the Weihsien concentration camp in China.

After I tracked down the members of this team in 1997, I followed with a pilgrimage, criss-crossing America in a pilgrimage to say thank you to each man face to face. I called Tad a hero, an angel — he had risked his life to rescue people he didn’t even know.

He was almost embarrassed with my fuss. “I’m not a hero,” he said. “I only did what any American would have done.”

The saga of this humble, Nebraska farmer deserves to be in America’s history books. His parents came to America from Japan. Born in Nebraska, Tad was American. With war brewing across the ocean, Tad was drafted into the Army in November, 1941. He would defend America. He was the first of the Nagaki brothers to go. It was a simple equation: You love your country, you must be willing to fight for it.

But for Japanese-Americans, it was much more than that. Military service would prove their patriotism. His mother posted a proud blue star in the farmhouse window. She had a boy serving America.

Any American who was alive on December 7, 1941, can tell you where he was when he heard the news. If Japan’s sneak arrack at Pearl Harbor shook Americans with anger, Japanese-Americans felt instant terror.

Tad didn’t notice any change of people’s attitude towards him at first – not until his training buddies in the signal corps were shipped out and he was not. Like everyone else, he was itching for action. He passed the physical and got all the recommendations to become an air cadet. Then came the personal letter from the commander; they could not accept him because he was Japanese-American. Shipped to Ft. Campbell Kentucky, he found himself in a barracks with about 40 other Japanese-Americans. Other America boys were doing important stuff – going to war, fighting for America. Tad and his Nisei buddies were assigned to pruning trees, loading food onto trains and landscaping the grounds. Years of stupid stuff! What kind of job was that for a gung-ho American soldier when a war was going on?

By now the United States was evacuating people of Japanese decent from its coastal areas, interning them.

Yet in more than ten years of my digging Tad Nagaki’s memory to learn the story of his heroism, I have heard not one word of criticizing America. Tad keeps his message simple. “I am American.”

After years of frustration, in 1943, Tad saw an announcement on the camp bulletin board. Nisei volunteers were needed for “highly secret” intelligence work. “More hazardous than combat,” some of them were told, “a one way ticket.”

From hundreds of Nisei who volunteered, Tad was one of only thirteen chosen for the Office of Strategic Services Detachment 101 – it was to be espionage behind Japanese lines in Asia. Every one of them knew when he volunteered that it was much more dangerous for them as Japanese-Americans than for others. What atrocities would the Japanese do if they captured a Japanese-American?

Members of the Nisei unit were glued together with a brotherhood hell-bent on proving their patriotism. They plunged into work of sabotage, guerrilla warfare, hit-and-run harassment operations, interrogating prisoners, translating Japanese documents. Tad Nagaki was assigned to Burma and then to China.

As America closed in on Japan in 1945, intelligence reports reached American headquarters in China that Japan planned to kill its prisoners in China, Korea, and Manchuria. Rescue became a top priority. OSS organized eight, seven-man rescue missions. On August 17, 1945, Tad Nagaki parachuted from a B-24 nicknamed “The Armored Angel” to liberate me and 1,500 Allied prisoners from the Weihsien concentration camp in China’s Shandong province.

Some people tell me America has no heroes. They’re wrong. I know their names. Tad Nagaki is an American hero. 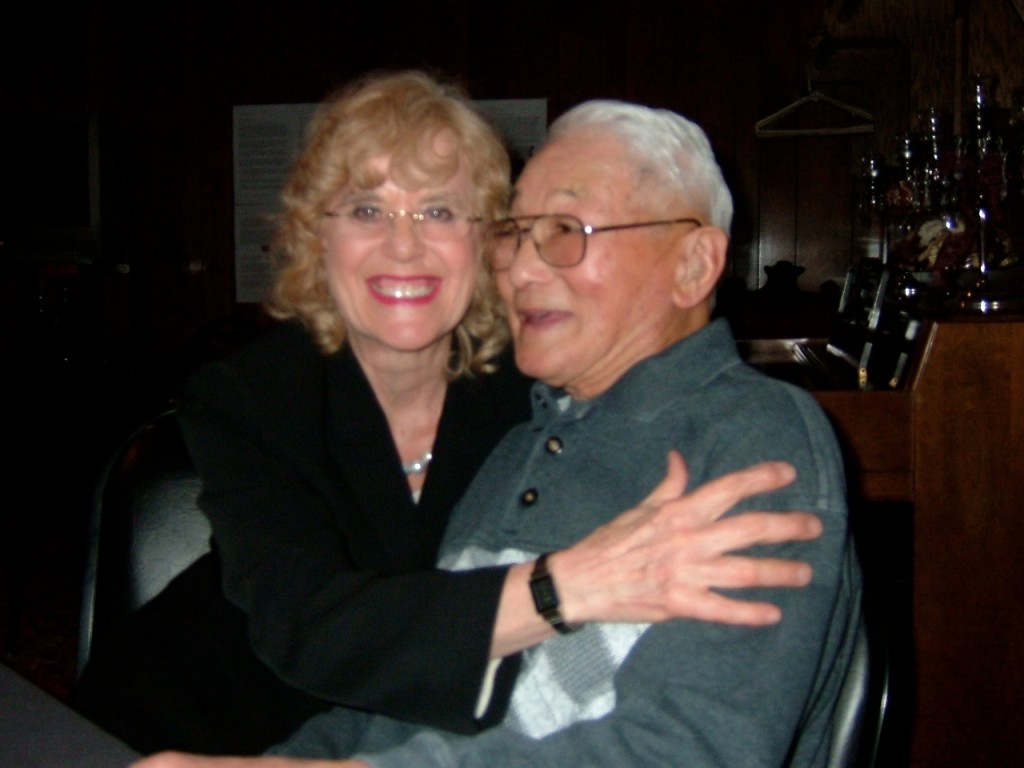 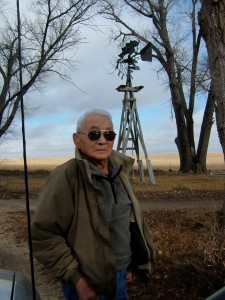 Tad Nagaki on his farm in Alliance, Nebraska, 2010, taken on his 90th birthday. Photo from Ms. Previte. 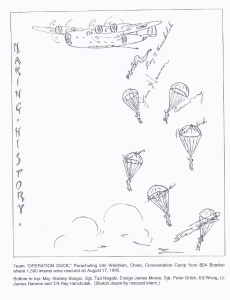 Photo of sketch provided by Dick Hamada. Immediately after the Emperor announced Japan’s decision to surrender, the OSS sent teams, which consisted of one Nisei linguist in each team, by air to parachute at each Prisoners of War camp to ensure the POWs of allied nations were not harmed.