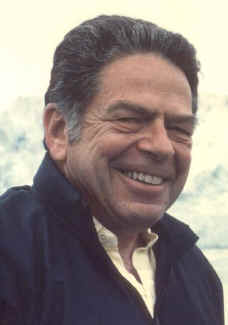 The life of Orville Cresap Shirey, January 11, 1922 – December 7, 2004, was celebrated at the heavily attended St. Mark’s Episcopal Church, Silver Spring, Maryland on December 20, 2004. The Reverend Fran Stanford and Michael Shirey, Orville’s son, referred to his military service during World War II in the famous 442nd Regimental Combat Team as being a high point in his life. Nine members of the Japanese American Veterans Association, including four veterans of the 442nd Regimental Combat Team, served as pall bearers. At the reception following the Service, Yeiichi Kelly Kuwayama, a Combat Medic in Company E of the 442nd, representing the Japanese American Veterans Association, delivered a speech about Major Shirey and the 442nd. Mr. Kuwayama said "Major Shirey was held in high respect by the men and officers of the Japanese American 100th Battalion and 442nd Regimental Combat Team for his intelligence, honesty, integrity and devotion to duty."

When U.S. Senator Daniel Inouye was informed that Major Shirey had died, the Senator, a fellow 442nd officer and Medal of Honor recipient, expressed his grief saying "Major Shirey authored the first definitive book on the 442nd … "Americans: The Story of the 442d Combat Team". This publication did more than any other book, article, or speech, to publicize the extraordinary and heroic activities of the 442nd. His book played an important role in the enactment of the redress bill and the national apology to those who were incarcerated in the infamous internment camps of World War II. Men of the 442nd Regimental Combat Team and the American Nikkei community owe much to Major Shirey."

Major Shirey’s military awards included the Legion of Merit, Combat Infantryman’s Badge, Distinguished Unit Badge and the Medal of Valor from the Italian Government. U.S. Senator Daniel K. Akaka, in a letter to widow Mrs. Maud Shirey, thanked Mr. Shirey for his writings about the 442nd, which, "as much as any other, was instrumental in the passage of H.R. 442, Civil Liberties Act of 1988, which provided reparations to Japanese American internees" and which made "America the strong country that it is, willing to admit a mistake when it makes one."

Major Shirey was born in Cumberland, Maryland and graduated from the University of Maryland, where he majored in American literature, participated in the ROTC program and was editor of the school newspaper, Diamondback. Following the activation of the 442nd Regimental Combat Team, a segregated Japanese American unit in 1943, he served as the S-2 Regimental Intelligence Officer during the unit’s entire historic combat role.

The 442nd was the most highly decorated unit of the US Army for its size and period of military duty and still holds that distinction today. It’s enlisted ranks were Japanese American volunteers from Hawaii and the ten internment camps in the US, to where 120,000 Japanese Americans from the West Coast were involuntarily incarcerated. The regiment fought in seven battle campaigns in Italy and France, including the rescue of the encircled 1st Battalion of the 141st Regiment of the 36th (Texas) Division in the Vosges Mountains of eastern France. The Japanese American Combat Team sustained heavy casualties in what the US Army classified as one of the 10 most fiercely fought battles in US Army history and were proclaimed honorary citizens of Texas and Iowa.

The 442nd was preceded to the Italian front by the 100th Infantry Battalion, composed of Japanese Americans from Hawaii who were conscripted into the U.S. Army before Japan attacked Pearl Harbor on December 7, 1941. The 100th sustained huge casualties that required replacements from the 1st Battalion of the 442nd. When the 442nd arrived in Italy some 10 months later, the 100th Battalion, in effect, became the 1st Battalion, but was allowed to retain its 100th designation.

Only one month before his death, on October 23, Major Shirey and his family hosted lunch for four 442nd veterans at his Riderwood, Silver Spring, Maryland, retirement village and reminisced about wartime experiences with them. His son, Michael, remarked on that occasion that, while his father did not discuss details of his war years, he acknowledged that "serving with the 442nd was the proudest and most rewarding experience in his lifetime. He loved you guys." At that time Mr. Shirey requested the Japanese American veterans to convey his best wishes to the 100th Battalion and 442nd veterans and their families.

When the 442nd Veterans Club in Honolulu received the news of Mr. Shirey’s death, President Ed Goto on behalf of the veterans who knew him remarked that Mr. Shirey "was a caring gentleman who not only gained the respect and admiration of the men serving under him, but clearly demonstrated his respect and admiration for them in return. He will be missed by all who had the privilege of knowing and serving with him." Mr. Goto is the son of a 442nd veteran, the first time the presidency is not held by a 442nd veteran.

Subsequent to his service in World War II, Mr. Shirey went on to a successful career of his own. One day Mr. Shirey’s Infantry Journal Press boss asked him to lead the firm’s mail order service. He became fascinated with this line of work and in 1953 left the Press to open his own direct marketing consulting firm. Eventually, he would have as its clients the National Rifle Association, US News and World Report, the National Geographic Society and the Air Force Association. He became the president of the Direct Marketing Association of Washington (DMAW) and editor of its Newsletter for ten years.

Linda Fisher’s column in the DMAW Advents, February 1992 edition quotes several homilies attributed to Mr. Shirey. One enduring lesson that Mr. Shirey learned from his military service was that leadership was a two way street: "if you’re in a position to lead and you don’t screw up – make dumb mistakes that get people killed – then your people will always take care of you".

Fisher said that Mr. Shirey learned many valuable lessons in his direct marketing business. "One of his most important guidelines is determining your client’s expectation as soon as possible. ‘If you know immediately that the proposition isn’t going to fly on the best day it will ever have, turn down the money and say ‘no’". Another is "Don’t try to kid the client". Another that he learned from his military service was "never volunteer". This is a lesson he did not heed because he donated lots of his personal time to educate people involved in the direct marketing industry for over 30 years. He won many honors and awards in his industry and was considered a pioneer in the industry.

Mr. Shirey’s hobbies were photography and collection of cartoons and witticisms. Fisher says "one of his favorites was Winston Churchill’s line, ‘if you have to kill a man, it costs nothing to be polite’"

Mr. Shirey is survived by his wife Maud and two children, Michael, and Kate. A son, Wilson, preceded him in death. Persons wishing to memorialize Mr. Shirey are invited to make a tax deductible contributions to the Orville Shirey Scholarship fund. Please make checks out to the "Orville Shirey Scholarship Fund," and send it to Mr. Jack Tashiro, JAVA Treasurer, 9907 Inglemere Dr, Bethesda, MD 20817.