The Japanese American Veterans Association and 442nd Hawaii have intensified their joint program to digitize all relevant information in the National Archives and Records Administration (NARA), located in Washington, D.C. and College Park, Maryland, that pertain to the 100th Battalion, 442nd Regimental Combat Team and the Military Intelligence Service. When the project is completed it will represent the largest collection of such records outside of NARA that will be accessible via computers to historians, researchers and film makers from anywhere in the world.

The Yamamoto-Ikeda collection played a highly significant role in the review of awards that resulted in the upgrade in 2000 of 19 Distinguished Service Cross and one Silver Star awards to Medal of Honor, the nation’s highest decoration for gallantry over and beyond the call of duty.

David Buto, JAVA Secretary and Webmaster, has since moved the paper copy collection effort to a computerized system. Since the conversion, all data on 442nd, 100th, and MIS that was not already copied by the Yamamoto-Ikeda team is being transferred electronically to the JAVA website (www.javadc.org) and to 442nd Hawaii. Ted Tsukiyama, historian of 442nd and MIS Hawaii, has as his goal the digitization of the Yamamoto-Ikeda hard copy collection. Buto and Tsukiyama’s efforts will be integrated. 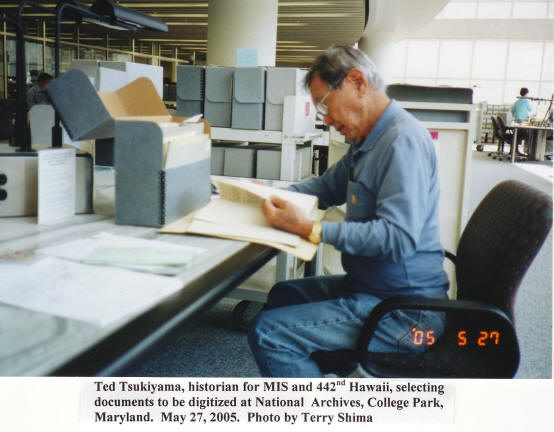 In addition to the hard copy collection and Buto’s digitization, there are many more documents pertaining to the history of WW II Nisei military service still stored at NARA which are vitally important to the completion of the collection effort. These documents will be to be screened and, if relevant, identified and digitized. 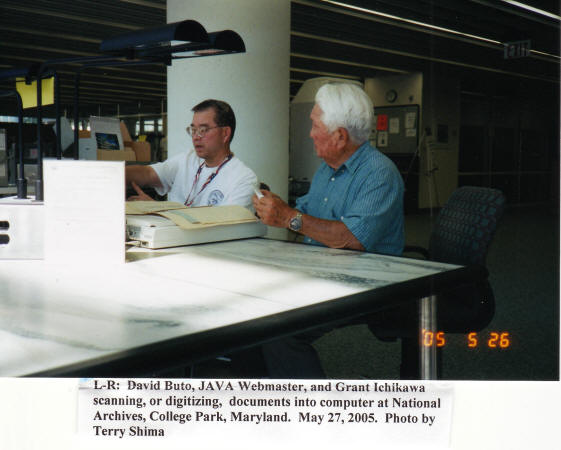 There are two principal differences between the present NARA collection and the JAVA–442nd Hawaii effort: first, documents at NARA’s vast storage facilities pertaining to Nisei WW II military duty are scattered in two buildings one located in downtown Washington, D.C. and the other at College Park, Maryland, whereas the JAVA-442nd Hawaii effort will have all the relevant documents in one location, the joint JAVA-442nd Hawaii website.

Second, NARA’s collection are in paper copy, which will become increasingly fragile, and access is possible only by a personal visit to Washington, D.C. and College Park whereas the JAVA-442nd collection will be digitized and thereby accessible to national and international scholars, researchers, film makers and other interested inquirers through their computers from anywhere in the world. NARA archivists have been most supportive in assisting JAVA and 442nd Hawaii achieve their goal..

JAVA is currently enlisting volunteers from its members, families of members, friends and any interested supporter to identify documents that need to be digitized and to scan the document into the computer. Anyone, including retirees, full-time workers willing to devote one or more of their vacation days, spouses of all veterans, high school or college students who wish to help advance the JAVA-442nd Hawaii endeavor, is invited to contact Terry Shima (301-987-6746, email: ttshima@worldnet.att.net). 30