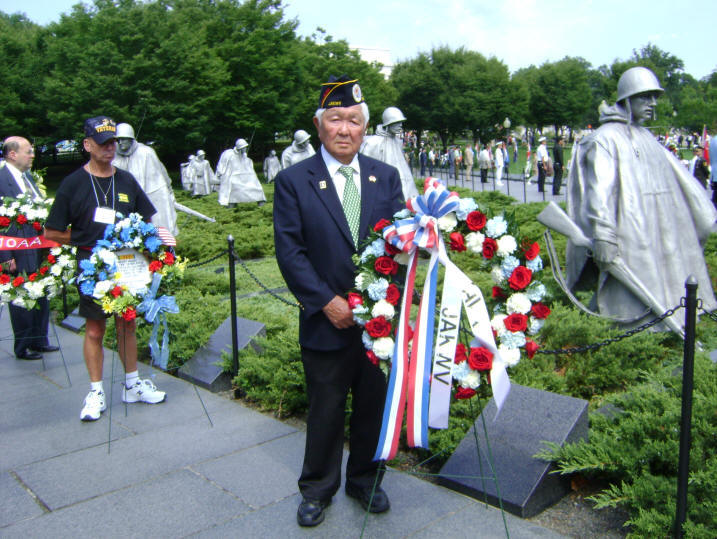 The Korean War Veterans Memorial, located on The Mall near the Lincoln Memorial in Washington, DC, was dedicated on July 27, 1995, the 42nd anniversary of the Armistice.  The memorial consists of 19 statues representing all branches of service and an ethnic cross section of America with 12 Caucasians, three African American, two Hispanic, one Asian and one Native American.