Tokyo, Japan.  Over 30 cinema houses in Japan have shown 442:  Live with Honor, Die with Dignity.  The Kinema Junpo, recognized in Japan as the most authoritative movie magazine, selected the 442: Live with Honor, Die with Dignity as the fourth most popular films in Japan in 2010.   In one theater in Tokyo, the 442nd was shown five times a day for two months and broke the theater’s attendance record.  This film was directed by Junichi Suzuki of the United TV Broadcast System, a bilingual Japanese television corporation. 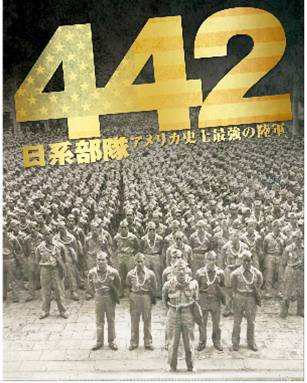 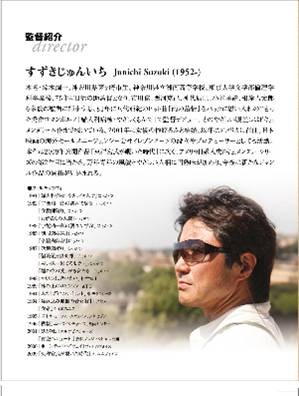 The 442nd Regimental Combat Team, comprised of volunteers from Hawaii and internment camps in mainland US, is one of the most highly decorated units for its size and period of combat in US Army history.  The 442nd served in Italy, France and Germany during WW II.

- In the mannerisms and facial expressions of the Nisei featured on the screen, the Japanese are reminded of traditional Japanese characteristics which have been lost in Japan over time.

- They see on the faces of the Nisei featured on the film the hardship they have endured as the result of racial discrimination and combat.

- The Nisei impressed the Japanese with their candor, ease and cheerfulness despite their difficult experience in combat overseas while fighting prejudice in America.

- Many noted they were unaware of the 442nd and also of the history of the Japanese Americans and commended Director Suzuki for showing it in Japan.

On September 27, 2010, while driving from Los Angeles to Las Vegas, Nevada, to show 442:  Live with Honor, Die with Dignity, Suzuki was involved in an auto accident.  He suffered multiple fractures that resulted in being hospitalized for one week in Las Vegas.  He has lost the use of his left arm.

442:  Live with Honor, Die with Dignity is the second of the Japanese American trilogy following Toyo’s Camera –Japanese American history during WWII produced by veteran film director Suzuki.  Director Suzuki is currently producing a final film to tell the story of the Military Intelligence Service (MIS), called MIS: Human Secret Weapon, for premier showing in Hawaii and New York in April 2012 and in Japan in the summer of 2012.

While some 13,000 Japanese Americans served in the 100th Battalion and the 442nd in Italy, France and Germany over 6,000 Nisei served in the Asia Pacific theater as combat linguists.  They served as translators of captured Japanese documents, interrogators of prisoners of war, communication interceptors and in special operations in Burma and China.  30