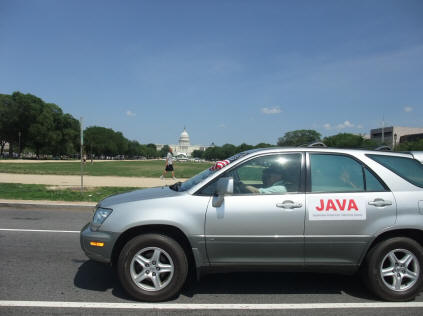 In his speech, Captain Suzuki said that, to many persons, “Duty, Honor, Country” are slogans, however, to a “small percentage of Americans it is a way of life. . . these words represent what made ordinary people extraordinary citizens and defenders of our country.”  He was, in effect, referring to his family which sent seven men to serve in combat units of the Army, Air Force, Navy and the Marines, including one killed in action and another missing in action.

This dignified ceremony was followed by the laying of flowers at the gravesites of over 70 fallen comrades who are interred at Arlington and the laying of the wreath at the Tomb of the Unknown by Captain Suzuki, Lieutenant Strickland, Aoyagi and Yamada. 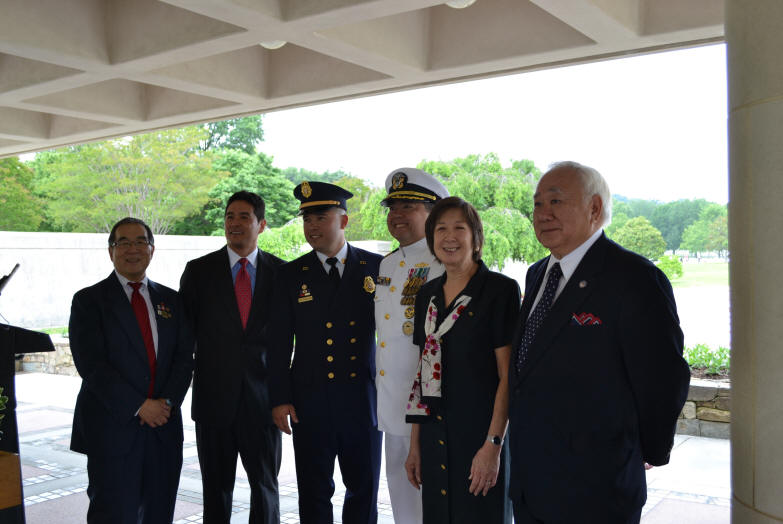 US Navy Public Relations film crew covered the event for broadcast to US Navy and also Department of Defense installations worldwide.  The two-minute program can be seen on

On Monday, May 30, 2011 a JAVA representative was part of the veterans service organizations entourage at the Arlington National Cemetery program to view the President lay the national wreath at the Tomb of the Unknown and to sit in the reserved box seat in the Amphitheater to listen to President Obama’s address to the nation.  He said Memorial Day recognizes America’s war dead.  “Our nation owes a debt to its fallen heroes that we cannot fully repay, but we can honor their sacrifice.  And we must.”

In the afternoon, JAVA participated in the 7th annual National Memorial Day parade on Constitution Avenue.  JAVA’s contingent, led by President Gerald Yamada, proudly marched down part of the same route that the 442nd Regimental Combat Team, just having returned from Europe, marched on July 15, 1946 when it was reviewed by President Truman at the Ellipse, the outer south lawn of the White House.  Over 200,000 people lined the streets of both sides of Constitution Avenue shouting “GO FOR BROKE, 442ND”  and respectfully saluting as the JAVA contingent marched by.  30