Washington, D.C.    The Japanese American Veterans Association (JAVA) and the Japanese American Citizens League (JACL) held two joint Memorial Day weekend programs on May 27 and 28 in Washington, D.C .  On May 27, JAVA joined JACL in its 59th Annual Memorial Day service at the Arlington National Cemetery.  Following the one hour program at the Cemetery’s Columbarium Memorial Ceremonial Courtyard, a bouquet of flowers was placed at each of the 59 grave sites, and a wreath was presented at the Tomb of the Unknown. 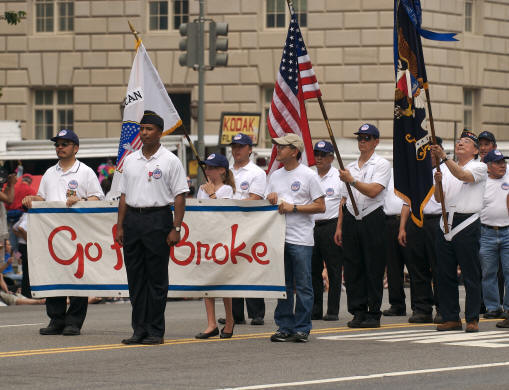 The principal speakers at the service were Lieutenant General Joseph F. Peterson, USA, Deputy Commanding General and Chief of Staff of US Army Forces Command, based in Fort McPherson, Georgia, and Joseph Ichiuji, a 522nd Field Artillery Battalion veteran.  Dr. Craig Uchida, President of JACL’s Washington, D.C. Chapter, and Bob Nakamoto, President of JAVA and Chairman of Base Technologies, a McLean, Virginia firm, also spoke. This Memorial Day Program was started by the late Key Kobayashi, a Military Intelligence Service veteran, and is now overseen by his sons, including Turner Kobayashi.

General Peterson paid tribute to the “soldiers, sailors, airmen, and marines who died to preserve liberty, freedom and our American way of life,” recognized the bravery of the 442nd Regimental Combat Team, including the 100th Battalion, and MIS veterans, and said he is proud to follow in the military footsteps of his uncle, Major General Arthur Ishimoto, the former adjutant general of Hawaii.  He observed, “as we pause to remember our fallen comrades, and to reflect on their sacrifice, we must also re-dedicate ourselves to never waver in our courage, loyalty, and responsibility to America and our allies.”

In his remarks, Joe Ichiuji said he was chagrinned when he was discharged from the Army after the Pearl Harbor attack, given draft classification 4-C (enemy alien, unfit for military duty) and placed in one of the ten internment camps.  When the call for volunteers for the 442nd was announced, Ichiuji said “I was one of the first to volunteer.  I had been kicked out of the Army.  I wanted to prove they had made a mistake.  I was a loyal American”.  When Ichiuji’s unit released Jewish inmates from one of the sub-camps of Dachau, he could not get over the irony that his family was incarcerated in a concentration camp in his own homeland.

Following this program, bouquet of flowers were placed at the gravesites of 59 WW II veterans and at the USS Maine monument, which lists seven Japanese seamen among those killed when the vessel sank in 1898 in the Havana, Cuba harbor.  Also, General Peterson, Ichiuji, Uchida and Nakamoto laid a floral wreath at the Tomb of the Unknown.  This wreath laying ceremony was carried on the CNN that  day.

On the morning of May 28, JAVA and other veterans service organizations participated in the program at Arlington Cemetery arranged by the Department of Defense.  President George Bush laid a wreath at the Tomb of the Unknown and subsequently delivered his address to the nation from the Amphitheater.  He said “Today we honor the warriors who fought our nation's enemies, defended the cause of liberty, and gave their lives in the cause of freedom.  The greatest memorial to our fallen troops cannot be found in the words we say or the places we gather. The more lasting tribute is all around us -- a country where citizens have the right to worship as they want, to march for what they believe, and to say what they think. These freedoms came at great costs -- and they will survive only as long as there are those willing to step forward to defend them against determined enemies.”  JAVA was represented at this event by its vice president, Commander Cal Shintani, USNR, (Ret) 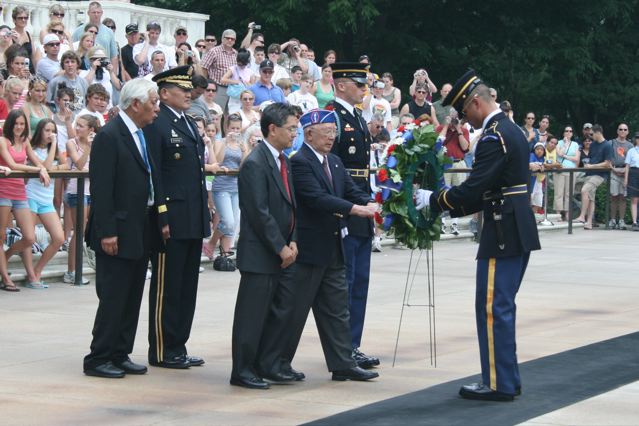 On the afternoon of May 28, JACL members joined JAVA at the third annual National Memorial Day Parade down Constitution Avenue.  The parade consisted of 160 elements and 3,000 participants including 20 bands, nine floats, equestrian units, military units, youth groups, veterans groups from every conflict since World War I to Operation Iraqi Freedom, and representation from Great Britain, France and Canada.  Patriotic floats and helium-filled parade balloons were part of the procession.  Michael Wynne, Secretary of the Air Force, was the reviewing officer in recognition of the 60th anniversary of the US Air Force.   Colonel Phil Ishio, USA (Ret.),  JAVA’s founding President, was invited to sit in the  reviewing stand.  JAVA-JACL contingent received favorable cheers from the approximately 300,000 spectators who lined both sides of the ten block parade route. 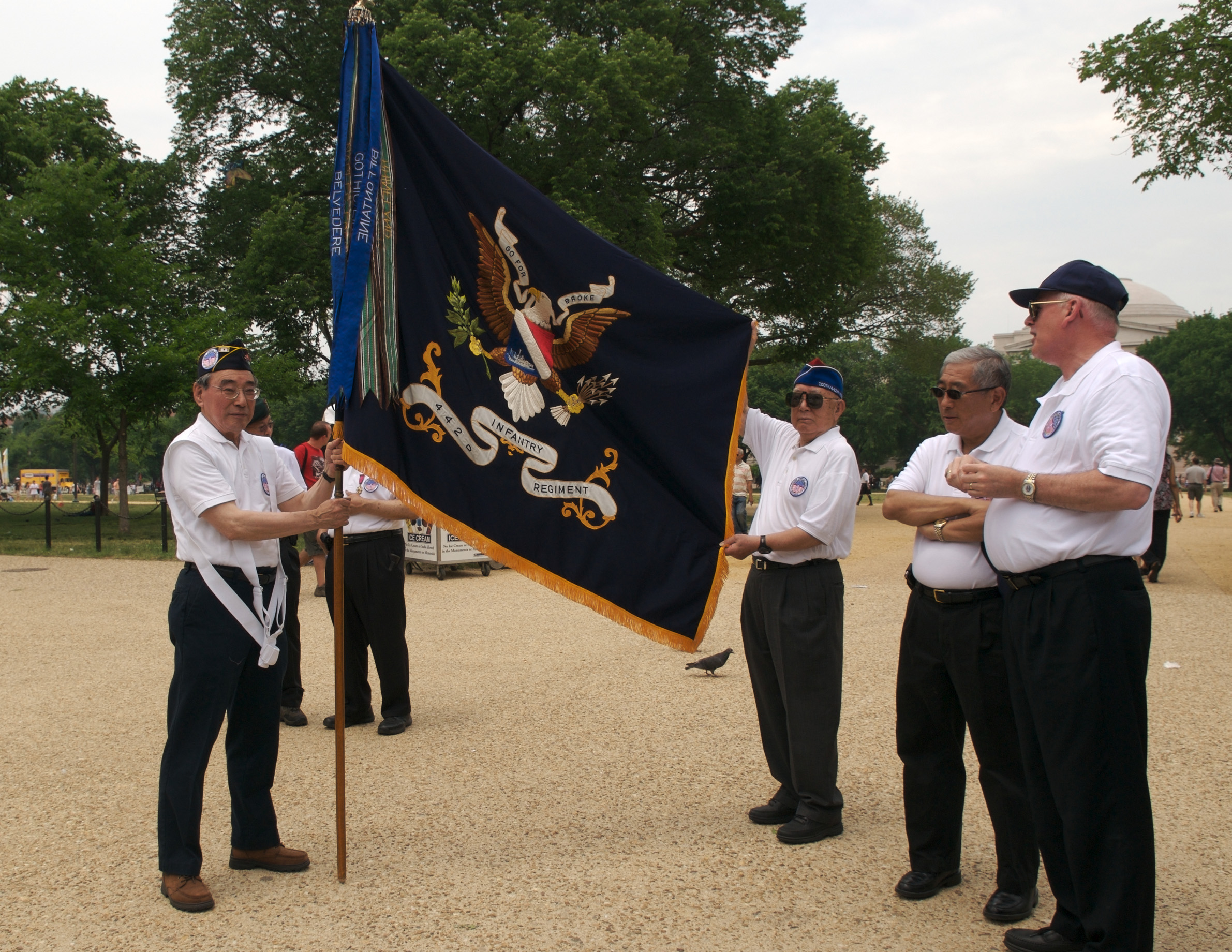