The White House.  President Barack Obama presented the Medal of Honor, the nation’s highest award for conspicuous gallantry and intrepidity over and beyond the call of duty, posthumously to Anthony Kaho’ohanohano in the East Room of the White House on May 2, 2011.  Before presenting the Medal of Honor to George Kaho’ohanohano, nephew of Anthony, Obama recounted Anthony’s early life in Wailuku, Maui, father and all six sons who served in the military, and service with Company H, 2nd Battalion, 17th Infantry Regiment, 7th Infantry Division, in the Korean War.

On September 1, 1951, in the vicinity of Chupa-ri, Korea, US Army Private First Class (PFC) Kaho’ohanohano’s machine gun position was fiercely attacked by a numerically superior enemy force.  Kaho’ohanohano ordered his squad to take up a more defensible position, gathered a supply of grenades and ammunition and delivered deadly accurate fire into the ranks of the onrushing enemy.  When his ammo was depleted, he engaged the enemy in hand to hand combat, killing 13 of them, until he was killed.  His heroic stand inspired his comrades to launch a counter-attack that repulsed the enemy. 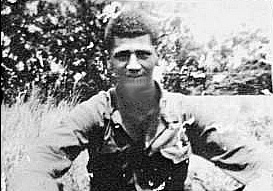 Senator Akaka first heard about Kaho’ohanohano’s heroic actions ten years ago when George Kaho’ohanohano, his nephew, started fighting for his uncle to receive the Medal of Honor.  PFC Kaho'ohanohano originally received the Distinguished Service Cross for his actions, but on October 28, 2009, the Medal was upgraded to the Medal of Honor by President Obama. “Since 2001, I pursued it with the Army Secretary Pete Geren.  There is a law and code that says that any of these recommendations should be made within three years of the conflict and it was not until really 50 years later that it was pursued,” says Akaka.

Akaka went on to say, “The determination of the family really moved me, because today it is 60 years after he was killed.”  “Anthony was a determined type of person, he went to school on Maui, and was a star football player, star basketball player and was a very determined person and he was one that protected his younger brothers and fought for them.  So I can see what he did in Korea was the way he felt and the way he lived to protect others and that is exactly what he did when he gave his life in Korea.  That was his manner and that was his type, he was a fighter,” Akaka concluded.