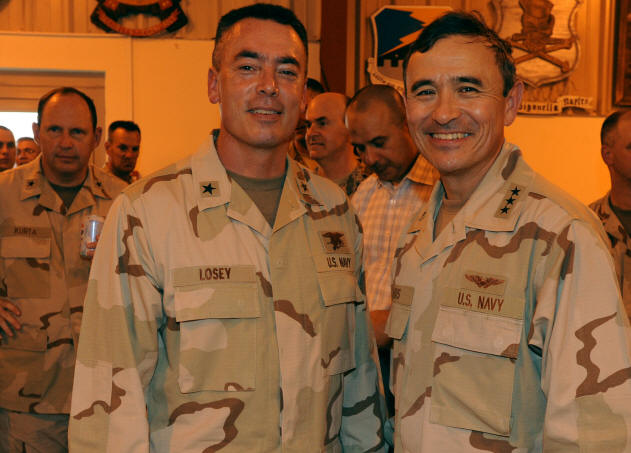 The CJTF-HOA became part of U.S. Africa Command in October 2008 to assist building regional security capacity and relationships when Camp Lemonnier began transitioning from an expeditionary base to an enduring location for support to U.S. AFRICOM's long term commitment to African stability. The task force is comprised of service members from each branch of the U.S Armed Forces, civilian employees, and representatives of coalition and partner countries.

The Commander of U.S. Africa Command, General William E. Ward, presided over the change of command ceremony.  He said, “Rear Admiral Losey is eminently qualified for command of this task force.  I know that he and his exceptional staff will continue to build on the great work of the command as he brings with him experiences from all over the world."

In his acceptance remarks, Admiral Losey said, "It's the highest privilege to serve with deployed troops and patriots. Our mission, our method and General Ward's intent is very clear for us. Ultimately when we look back on the footprints that this task force leaves, they should lay alongside the footprints of the sovereign nations of Eastern Africa as we move forward together on a path of greater stability and security. I look forward to serving with you all." 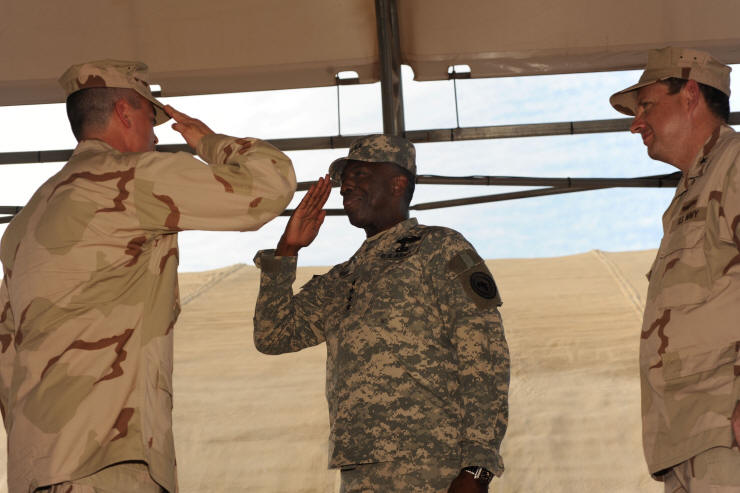 Admiral Losey was commissioned in 1983 following graduation from the United States Air Force Academy, Colorado Springs, Colo. He holds a Masters in National Security Strategy from the National War College. He is a graduate of the Defense Language Institute, the Armed Forces Staff College, and Air Command and Staff College.  Admiral Losey is also a member of the Japanese American Veterans Association. [Editor’s note: Rear Admiral Losey’s mother is Japanese.  His immediate past position was in the National Security Council in Washington, DC .]