General Bostick said employers particularly are attracted to the discipline and knowledge of sophisticated technical equipment armed forces veterans bring to the private sector.  A veteran of the Iraq War, General Bostick paid high tribute to the World War II, Korean and Vietnam Wars Asian American veterans for paving the way for his generation to compete in the armed forces.  Born in Japan, General Bostick, an African American Japanese, is among the 75 Asian Pacific American generals and admirals, including 35 Japanese Americans. 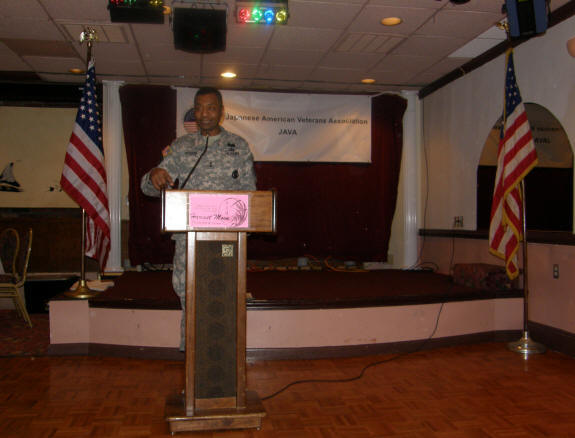 Ms. Lynn S. Heirakuji, Deputy Assistant Secretary (DAS) of the Army for Manpower and Reserve Affairs (Personnel Oversight) led the US Army Freedom Team Salute (FTS) in recognizing 15 JAVA Army veterans in an impressive ceremony.  Launched in 2005, the objective of the FTS is to honor Army veterans, men and women, of all generations who have served to defend the United States. Ms. Heirakuji, a native of Honolulu, Hawaii, was assisted by COL David M. Griffith, USA, Director of FTS, and FTS members Ms. Cynthia Houston and Ms. Jean Davis in presenting to each of the veterans an Army lapel pin, a framed certificate and a letter of appreciation signed by the Secretary of the Army Pete Geren and Army Chief of Staff General George W. Casey, Jr., founders of the FTS program. The 15 who were recognized were:  They were:  CAPT Dwight Gates, Lona T. Ichikawa, Dr. Norman Ikari, CAPT Wade Y. Ishimoto, CAPT Glenn K. Kikuchi, 1st Lt Richard Kleeman, COL Vic Mukai, Fred K. Murakami, Dr. Ray Murakami, LTC George Nakamura, Calvin Ninomiya, William K. Takakoshi, LTC Earl Takeguchi, T/Sgt Warren Tsuneishi, Gerald H. Yamada.  Seventeen other JAVA members who were not present are to be recognized at a later date. 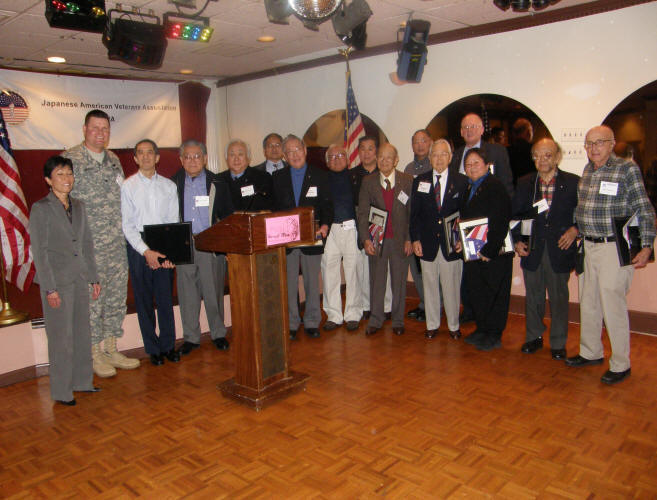 As the daughter of a wounded 442nd veteran, Ms. Heirakuji said “the Army reluctantly allowed you to join the fight.  Given this opportunity to serve, … you persevered, despite overwhelming odds, to achieve a performance record that stands to this day…Unlike the Army you encountered years ago, today’s Army values diversity and considers it to be one of its core strengths…Units like the 442nd form the Army legacy.  Army legacy is the tie that binds the past with the present and infuses pride in today’s soldiers.  Your legacy is the ‘Go For Broke’ spirit.” 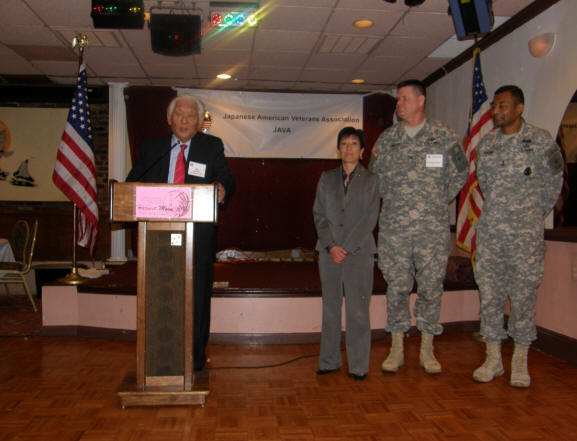 More information on FTS can be obtained from www.freedomteamsalute.com or from Ms. Joan Davis [Jean.davis@hqda.army.mil].