Washington, D.C. The Japanese American Veterans Association (JAVA), a nationwide veteran’s service organization that serves the interest of Asian American veterans, has deepened its relationship with the Department of Veterans Affairs. The active participation in Department of Veterans Affairs programs will enhance the stature and recognition of over 310,800 Asian American, Native Hawaiian and other Pacific Islands veterans.

JAVA’s principal contact in the Veterans Administration is Mr. Kevin Secor, Special Assistant to the Secretary of Veterans Affairs for Veteran Service Organizations (VSO). Mr. Secor was appointed as the Secretary’s VSO Liaison on November 28, 2005. A retired Master Gunnery Sergeant, his tour of duty included an assignment as Senior Marine Aide/Military Assistant to the Vice Chairman of the Joint Chiefs of Staff and Senior Enlisted Marine to the Joint Staff. Mr. Secor keeps veterans organizations informed of the Department’s goals and priorities while conveying to the Secretary their concerns and suggestions.

Additionally, JAVA is establishing a partnership with the Department’s Center for Minority Veterans (CMV). The CMV was established in 1994 and represents the interests of 4.5 million minority veterans, or 18.7 percent of the total veteran population. The CMV Director, Ms. Lucretia M. McClenney was appointed to the position in December 2005. A retired Colonel, US Army Nurse Corps, Ms. McClenney, serves in this position as the principal advisor to Secretary on the adoption and implementation of policies and programs affecting minority veterans, and also manages the Secretary’s Advisory Committee on Minority Veterans (ACMV). Additional information on the Center for Minority Veterans may be obtained from its website at www1.va.gov/centerforminorityveterans.

Retired Major General James H. Mukoyama, Jr., USAR, of Glenview, Illinois was assigned late last year to the position of Vice Chair of the Secretary’s Advisory Committee on Minority Veterans. General Mukoyama was appointed to the 13 member Committee in June 2003. The Committee was chartered on January 30, 1995, and is responsible for advising the Secretary and Congress on Veterans Administration’s oversight of benefits and services to minority veterans. General Mukoyama, a life member of JAVA and a Vietnam War veteran, was the youngest general officer when he was promoted to Brigadier General in 1987. Subsequently, he was the youngest Major General when he received his second star three years later. He was the first Asian American to command an Army Division. 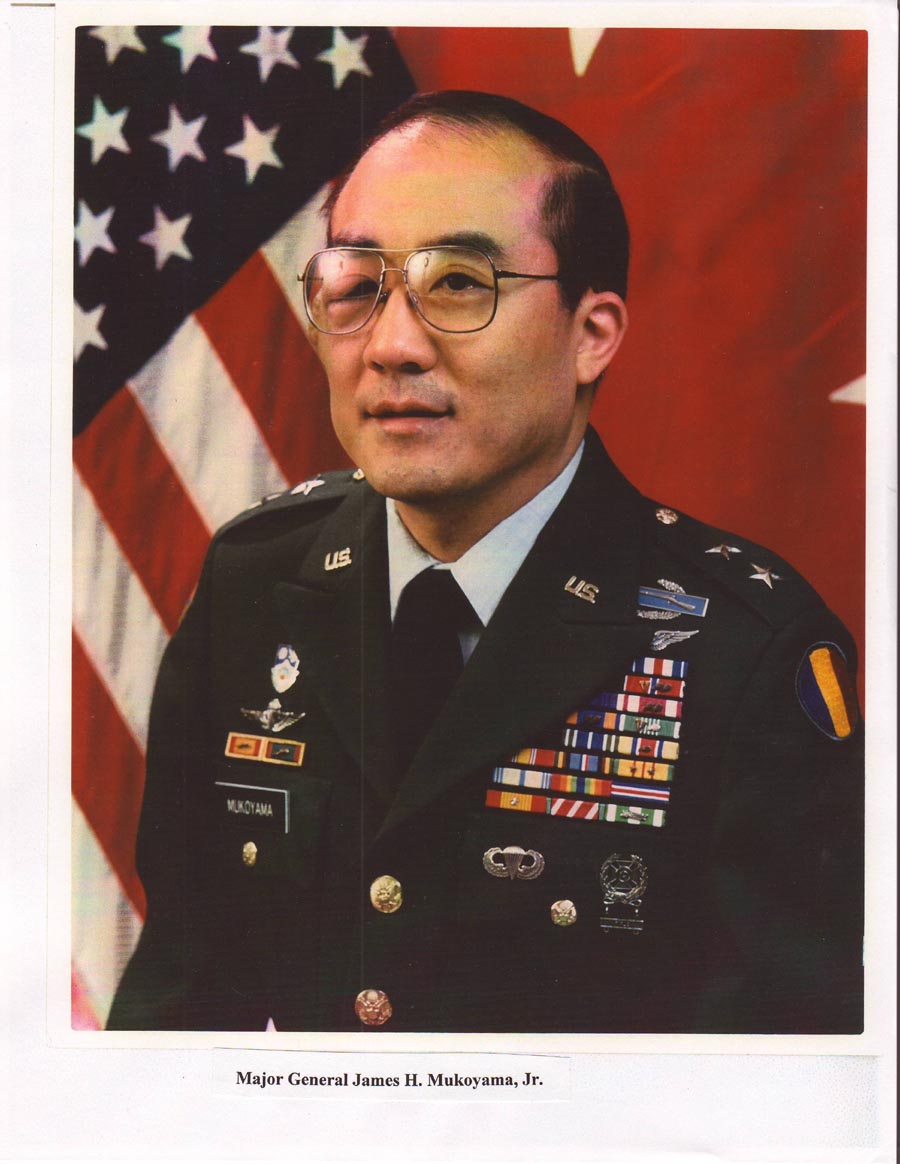 Located next to the CMV is the Center for Women Veterans, which was established in 1994. The Center’s Director is retired U.S.Air Force/Air National guard Major General Irene Trowell-Harris. Maj. General Trowell-Harris has served in this position since October 2001 and serves as the primary advisor to the Secretary on matters affecting women veterans. The Center’s mission is to assure that women veterans receive benefits and services on par with male veterans, ensure they encounter no discrimination in their attempt to access these services and that all women veterans are treated with respect and dignity. Additional information on services available to women veterans can be obtain from their website http://www1.va.gov/womenvet/. Women veterans and active duty women are encouraged to register with the Women in Military Service For America Memorial. The Memorial is located at the entrance to Arlington Cemetery and is open everyday for tours. For more information on the Women’s Memorial and membership, please visit their website http://www.womensmemorial.org/.

Other JAVA initiatives include:

JAVA is currently seeking Associate Membership in the Veterans Day National Committee, which plans and arranges the National Veterans Day Program at the Arlington Cemetery. JAVA wishes to add the Asian American perspective in the annual prestigious event that is traditionally attended by the President, the Secretary of Defense and the Secretary of Veterans Affairs. Participation in this program will complement JAVA’s annual Veterans Day Program held at the National Japanese American Memorial to Patriotism.

Dr. Warren Minami, a well known JAVA member, was selected to be a member of a four person panel discussion at the Veterans Administration on May 11, 2005, to celebrate the Asian Pacific American Heritage month. Each panel member discussed the challenges his ethnic group faced in adjusting to the American way of life.

JAVA joined 29 veterans service organizations, under the aegis of the Veterans Administration, to request the US Postal Service to issue commemorative stamps that honors the significant contributions of veterans’ organizations. 30