Washington, DC.  Japan Minister for Foreign Affairs Seiji Maehara held an unprecedented meeting with representatives of four Japanese American organizations at the Willard Intercontinental Hotel in Washington, DC on January 7, 2011.   Arrangement for this meeting was made by Ambassador Ichiro Fujisaki to give Minister Maehara the opportunity to exchange views.  Prior to this meeting, Mr. Maehara had visited the National Japanese American Memorial to Patriotism, located one block from the US Capitol.

Japanese Americans who participated in this meeting were Dr. Craig Uchida, Chairman of the Board of the National Japanese American Memorial Foundation; Floyd Mori, National Executive Director and CEO of JACL; Hideki Hamamoto, Vice Chair of US-Japan Council;  Robert Nakamoto, President of Japanese American Veterans Association (JAVA); Grant Ichikawa, MIS veteran and JAVA Board Member;  Gerald Yamada, Esq, President-designate JAVA;  Terry Shima, 442nd veteran and JAVA Executive Director.  After each person introduced himself with a brief background, Nakamoto, Ichikawa, and Shima, recent recipients of the Foreign Minister’s Award, were each asked to comment on their activities. 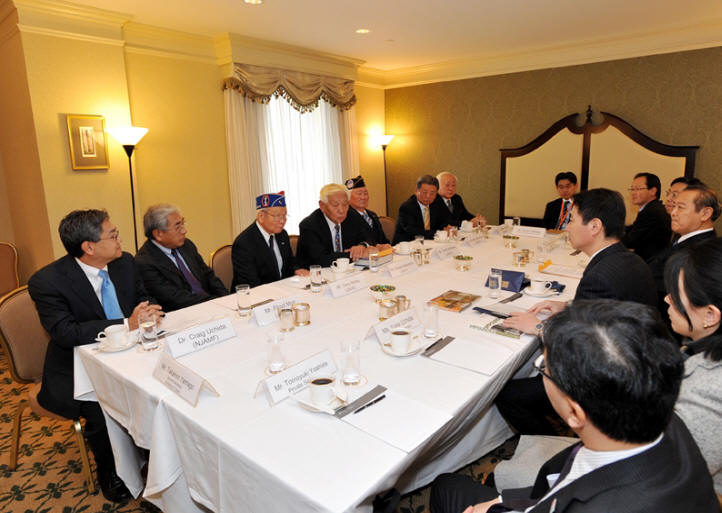 This was followed by a free exchange of discussions during which the Foreign Minister displayed keen interest in the Japanese American activities and their views on US-Japan relations.

In response to their remarks, Minister Maehara discussed the importance of US-Japan alliance and said Japan is committed to strengthen this bilateral relations.  Expressing his appreciation to meet with representatives of the Japanese American community in Washington, DC, Minister Maehara said he is proud of the way Japanese Americans overcame hardships through diligence and discipline to make important contributions to their nation. Strong relationship at the government level is important, he said, but this must be accompanied by an equally strong relationship at the people to people level. The continued interchange at both levels should be fostered to achieve our goals, he concluded.

Minister Maehara was born in Kyoto City, graduated from Kyoto University Faculty of Law, elected to the House of Representatives at six consecutive elections, and served as minister of two other ministries prior to the Foreign Ministership. 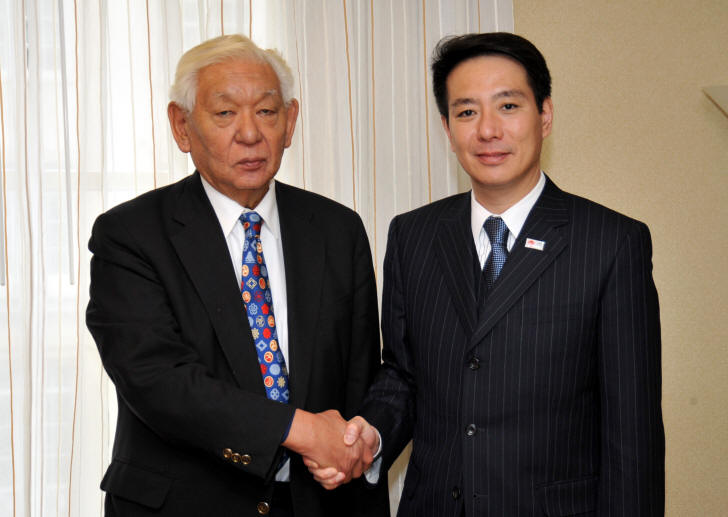