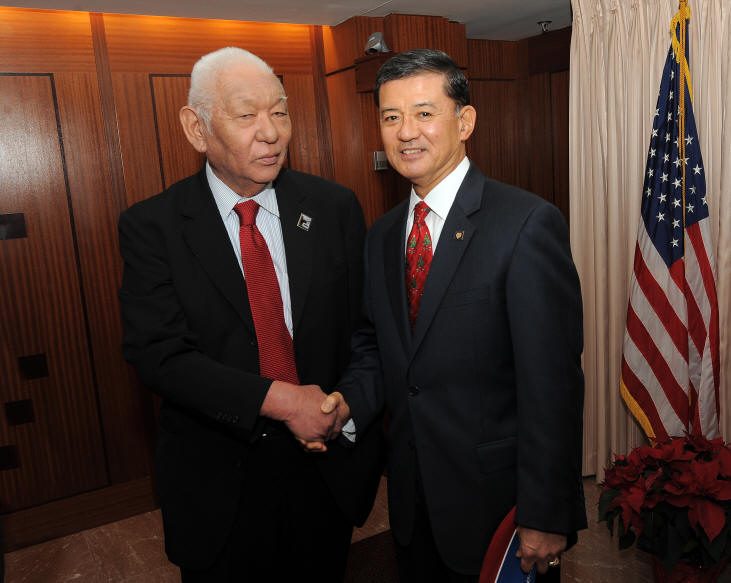 Secretary Shinseki said, “First, the requested budget will help transform VA into a 21st century organization and, second, it will ensure that we approach veterans’ care as a lifetime initiative, from the day they take their oaths until the day they are laid to rest. VA’s 2011 budget request covers many areas but focuses on thee central issues that are of critical importance to our veterans – easier access to benefits and services, faster disability claims decisions, and ending the downward spiral that results in veterans homelessness.”

One reason for the increase is VA’s expansion of the number of Agent Orange-related illnesses that automatically qualify for disability benefits.  Veterans exposed to the Agent Orange herbicides during the Vietnam War are likely to file additional claims that will have a substantial impact upon the processing system for benefits.

The budget proposal includes $44 million to complete by December 2010 an automated system for processing applications for the new post-9/11 GI Bill   VA also plans to start development next year of electronic systems to process claims from other VA-administered educational programs.

The Post-9/11 GI Bill authorizes the most extensive educational assistance opportunity since the passage of the original GI Bill in 1944.  .

The budget proposal includes $4.2 billion in 2011 to reduce and help prevent homelessness among veterans.  That breaks down into $3.4 billion for core medical services and $799 million for specific homeless programs and expanded medical care, which includes $294 million for expanded homeless initiatives.  On a typical night, about 131,000 veterans representing every war and every generation are homeless.

The spending request seeks $5.2 billion for mental health, an increase of $410 million (or 8.5%) over current spending, enabling expansion of inpatient, residential and outpatient mental health services, with emphasis on making mental health services part of primary care and specialty care.    The budget request will enable the department to continue expanding its programs for post-traumatic stress disorder (PTSD) and traumatic brain injury (TBI), along with the diagnosis and treatment of depression, substance abuse and other mental health problems.

During 2011, VA expects to treat 6.1 million patients, who will account for more than 800,000 hospitalizations and $3 million outpatient visits.  The total includes 439,000 veterans who served in Iraq and Afghanistan, for whom $2.6 billion is included in the budget proposal.  That is an increase of $597 million – or 30% - over the current budget.

VA will maintain national cemeteries as memorials dedicated to those who served this nation in uniform.  The requested $251 million for cemetery operations and maintenance will support more than 114,000 interments in 2011, a 3.8% increase over 2010.  30