Washington, D.C. Mr. Richard L. Boylan, Senior Military Reference for the National Archives and Records Administration (NARA), and Ms. Fumie Yamamoto were recognized for their contributions to collect all relevant documents at NARA that pertained to Nisei contributions to the war effort during WW II. Mr. Bert Mizusawa, President of the Japanese American Veterans Association, a nationwide veterans service organization that serves the interests of Asian Pacific American veterans, reservists and active duty personnel, presented, on behalf of 442nd Hawaii and JAVA, mementos and citations to Mr. Boylan and Ms. Yamamoto at its Annual General Meeting on January 28, 2006 at a special luncheon in northern Virginia. 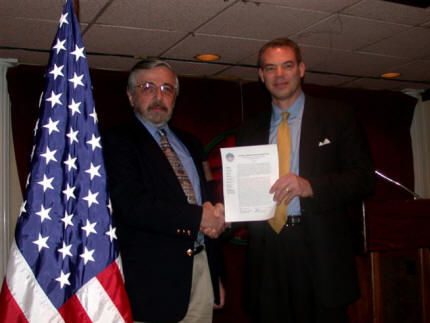 Mr. Mizusawa noted that Richard and Fumie Yamamoto and Maggie Ikeda, latter, who now lives in Honolulu, had copied during a 12 year period over 80,000 pages, or over 30 linear feet, of documents which are presently archived at the 442nd Hawaii and the University of Hawaii Hamilton Libraries. He pointed out that these documents played a significant role in the review and upgrade of 20 awards to Medal of Honor that were presented to the 100th Battalion and 442nd Regimental Combat Team veterans and families in a White House ceremony on May 12, 2000. Mr. Boylan, who is familiar with NARA’s vast holding of military records, including the 100th Battalion and the 442nd Regimental Combat Team, provided invaluable advice and counsel to the “Yamamoto Team” as well as to countless other researchers, consistently going over and beyond the services typically provided by an archivist. 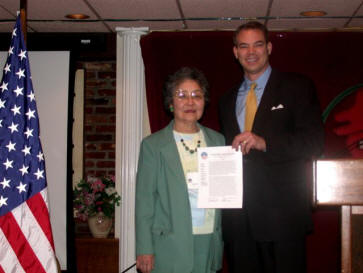 Reflecting on the citation, Mr. Mizusawa paid high tribute to the late Dr. Richard Susumu Yamamoto, who volunteered for the 442nd Regiment and served in the 2nd Battalion, Headquarters Company. The “Yamamoto Team” made hundreds of trips to NARA, contributing well over a thousand hours of their time without a cent of remuneration. Their research project is now assumed by a joint 442nd – JAVA team to digitize the “Yamamoto Team” collection and the balance of documents in NARA that have not been reviewed. When completed, historians and researchers will be able to access the holding electronically from anywhere in the world.

Two special guests were invited to the meeting. Mr. Kevin Secor, Special Assistant to the Secretary of the Department of Veterans Affairs (DVA), serves as the liaison with veterans organization, and was the guest speaker. Mr. Secor, in his remarks, discussed the services and facilities offered by the Department of Veterans Affairs. He also said that the veterans voice will be stronger if they banded together and encouraged JAVA to continue its efforts to represent the 310,889 Asian Pacific American veterans. Mr. Secor, a highly decorated Master Gunnery Sergeant in the US Marine Corps, served as Senior Marine Aide and Military Assistant to the Vice Chairman of the Joint Chiefs of Staff and Senior Enlisted Marine to the Joint Staff. He had served in Okinawa and in the US Embassies in Lagos, Nigeria and Bonn, Germany. 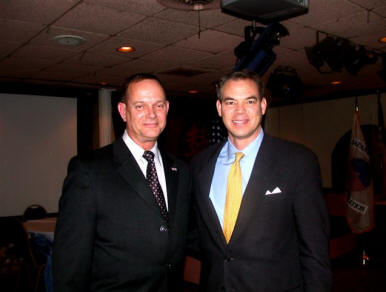 L-R:  Kevin Secor, Special Assistant to the Secretary of Veterans
Affairs for liaison with veterans organizations, and Bert Mizusawa,
President of JAVA.

Mr. David O. Chung, also a special guest, is a Vietnam War veteran and a member of the DVA Center for Minority Veterans. Mr. Chung is the liaison for Asian American and Pacific Islander veterans. He is on the Vietnam Women’s Memorial Foundation National Board of Directors. He was an employee of Federal Express for 25 years and also worked for Harley-Davidson Franchises in marketing and public relations. His wife is also a Vietnam veteran who served as an Army nurse.

Grant Ichikawa and Paul Tani presented a brief on their project to collect and catalogue of personnel who served in the Military Intelligence Service. After the presentation of the Treasurer’s report, the Executive Director reported on JAVA’s progress in 2005 on three fronts: (1) Joining the National Military and Veterans Alliance, an organization of 30 veterans organizations, to work on issues to obtain for veterans, reservists and active duty military personnel entitlements they have earned and deserve, (2) Expanding its programs for its immediate constituents to promote the Asian American cause, and (3) Increasing membership by over 100 members. Details are in the JAVA website, www.javadc.org.

JAVA welcomed its out of town members who were able to attend this event: Professor Emeritus James McIlwain, an Army veteran, of Brown University,
Eric Y. Nishizawa, Esq., from Marina Del Rey, California and Victor Matsui from Williamsburg, Virginia.

The Master of Ceremony was Michael Yaguchi, a US Air Force officer. The program handout was designed and prepared by Erika Moritsugu, and the Luncheon Committee consisted of Marcia Mau, Barbara Nekoba and Betty Taira, 30